2 Paintings in Germany Parliament May Be Looted Art 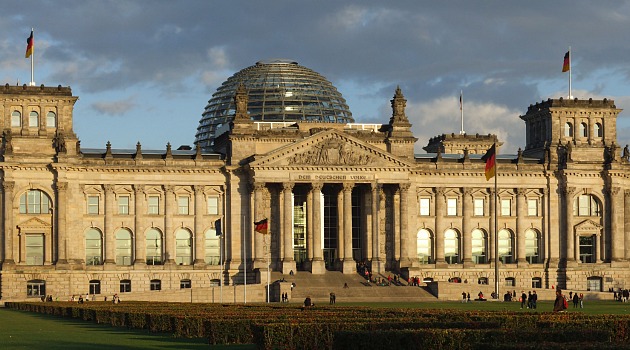 Munich — Two artworks hanging in Germany’s parliament building in Berlin may have been confiscated or acquired at artificially depressed prices by the Nazis from the original owners, German newspapers reported.

The news was first reported by Germany’s Bild newspaper.

Further investigation by the Die Welt newspaper suggests that one of the works coincidentally stems from a gallery owned by an uncle of Hildebrand Gurlitt, the Nazi-era dealer whose huge collection was discovered in the Munich apartment of his elderly son, Cornelius Gurlitt, in 2012 and revealed to the world two months ago.

The Bundestag has responded in a statement that it is looking into the matter. Meanwhile, Die Welt said the Bundestag’s eight-member art advisory council – which includes the German president – already had determined that neither work was so-called “Raubkunst,” art plundered from occupied countries.

The two works in question reportedly are a large-format 1905 oil painting by Georg Waltenberger titled “Chancellor Bülow speaks in the Reichstag,” and a 1918 Lovis Corinth lithograph, “A street in Königsberg.” While the former is hanging in a hallway, the latter is kept out of natural light.

Die Welt reported that the lithograph was printed by the Berlin gallery of Fritz Gurlitt, an uncle of collector Hildebrand Gurlitt.

Dieter Graumann, head of the Central Council of Jews in Germany, told Bild that the Bundestag should make its collection public and assist investigators in reconnecting possible heirs with long-lost property. Over the years, the Bundestag has returned several works to heirs.

Of the 4,000 works in the German parliament’s collection, about 700 are said to date from before the end of World War II.