Germany not prioritizing the rights of the victims in handling of discovery of trove of Nazi-looted artwork, expert argues. 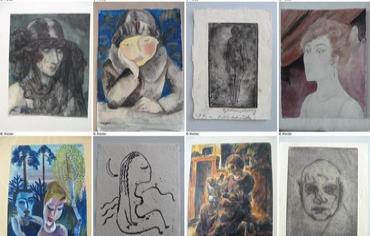 The German government’s response to the discovery of a trove of Nazi-looted art has been shrouded in a “culture of secrecy,” a prominent art restitution expert said on Monday.

A cascade of events in recent days, in particular, have angered advocates: the publication of 54 additional pieces of artwork, the announcement that 10 experts would comprise a task force to investigate the art and the claim by a prosecutor that some artwork would be given back to Cornelius Gurlitt, the son of a Nazi art dealer in whose apartment the artwork was found.

“There seems to be a lack of a moral compass and a deafening silence about the need to prioritize the rights of the victims of these Nazi thefts,” said Anne Webber, the co-chair of the Commission for Looted Art in Europe.

In all three cases, critics said, Germany did not disclose basic aspects of the investigation, such as the identities of the experts, the provenance of the artwork or the names of the pieces of artwork that could be returned to Gurlitt.

“What is surprising in what has taken place over the past three weeks is the lack of consultation by Germany with the governments and organizations whose citizens and constituents are affected by this,” Webber said. “This is not a situation that can be resolved solely by Germany.”

Wesley Fisher, the director of research for the Conference on Jewish Material Claims Against Germany, said the government’s proposal to return 300 to 400 pieces of artwork to Gurlitt was particularly concerning.

“The Claims Conference believes that Augsburg should not return artworks to Mr.

Gurlitt until there has been full transparency,” Fisher wrote in an email, “so that it is clear on what basis some artworks are to be returned while others are not. Germany’s handling of this matter continues to be problematic.”

Art experts have methodically determined that many pieces of artwork were produced after the fall of Nazi Germany, a spokesman for the Augsburg prosecutor’s office said on Monday, but documentation supporting that judgment has not been released.

Despite experts’ concerns, top legal officials signaled they may consider creative approaches to the issue, in interviews with German newspapers, at the end of last week.

The prosecutor, Reinhard Nemetz, said that while the possession of the artwork changed when looted by the Nazis, the actual ownership did not. This could mean an easier legal path forward. Meanwhile, the Bavarian justice minister, Winfried Bausback, proposed the introduction of a new restitution law that would reinforce the original owners’ claim to the artwork.

These comments, taken together, are very significant and show that the German government is seeking enduring solutions, said Mel Urbach, a New York-based attorney who represents a claimant.

“It would be a shame just to say, ‘This is the one Gurlitt case’” and improvise a solution, he said.

“That’s really just putting a Band Aid on a major problem that Germany has, and I think now we’re beginning to see the seriousness” with which German officials are taking the issue, he said.