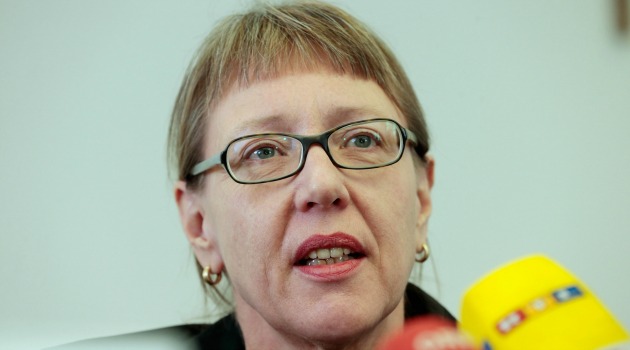 Prompted by the recent revelation of a huge collection of artworks hidden for decades in the Munich apartment of collector Cornelius Gurlitt, Lauder in a statement issued Wednesday urged Germany to create a commission to examine all public collections for looted art.

In the Gurlitt case, which came to light earlier this month, more than 1,400 works were confiscated nearly two years ago in the course of an investigation for tax evasion. The state prosecutor in Augsburg agreed last week to publish photos and titles of 590 works in the collection on Germany’s official website for identifying lost art. So far, 25 works have been put online.

The prosecutor confirmed on Tuesday that works proven to have been looted during the Nazi era would be returned to their original owners or heirs, while those obtained legally would remain with the collector. So far, that includes works by a relative of Gurlitt.

Gurlitt has said his collection was legally obtained by his father, the Nazi-era collector Hildebrand Gurlitt, and has demanded its return. But prosecutors and experts have said that many of the works are of suspicious origin, though it may be too late for legal solutions. Some have suggested that appeals to Gurlitt on a moral basis may be necessary.

On the statute of limitations, Lauder said it was “never intended to deal with massive wartime looting perpetrated in the course of genocide.”

He added, “Anyone in Germany who possesses artworks whose provenance during the Nazi period is doubtful should therefore be required to make his holdings public.”

In addition to the task force researching the Gurlitt collection, Germany has agencies dealing with overall provenance research: the Coordinating Council for Lost Art; the Federal Commissioner for Culture and Media, which distributes funds to museums undertaking provenance research; the Center for Provenance Research and Investigation; and the Limbach Commission, which tries to mediate disputes between potential heirs and the current owners of artworks.