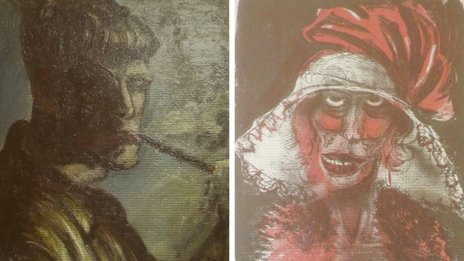 The German owner of more than 1,400 art works, many believed to have been stolen by the Nazis, says he will not give them up voluntarily.

Investigations are continuing to establish who the original owners might be.

The haul, estimated to be worth $1.35bn (£846m), was discovered in Mr Gurlitt's apartment last year.

Art experts say many of the paintings and sketches, some unframed, are of exceptional quality.

The works were discovered in Mr Gurlitt's home in March 2012 during a routine tax inspection.

Many appear to have been seized by the Nazis from their owners or were seen as "degenerate". 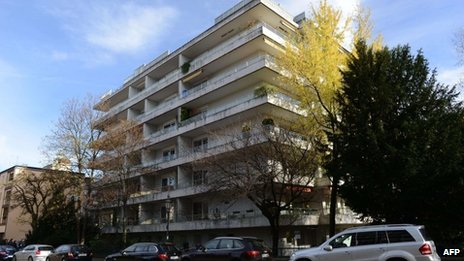 The haul of more than 1,400 works was found in Mr Gurlitt's Munich apartment

Mr Gurlitt's father, Hildebrand, was a dealer who sold art which had been confiscated or bought by the Nazis. However, he kept many works for himself.

There has been a 24-hour watch by journalists on the flat owned by Cornelius Gurlitt since the trove of priceless paintings was discovered there, says the BBC's Steve Evans in Berlin.

He has been spotted and chased and photographed but said nothing until now, our correspondent says.

Reclusive Mr Gurlitt, 80, has spent 72 hours in the company of one of its correspondents, Der Spiegel reports.

"I'm giving nothing up voluntarily," he told the magazine when asked whether he would return any works to their original owners. Mr Gurlitt said his father obtained the works "legally".

He also accused the justice authorities and the public of misrepresenting him, saying he had already provided the authorities with enough evidence to remove any suspicion from him.

Mr Gurlitt expressed shock at the level of interest in him: "I'm not Boris Becker. What do people want from me?"

German prosecutors have said they do not have "any strong suspicion of a crime that would justify an arrest".

Jewish groups have complained at the length of time it took the German authorities to unveil the artworks. Their existence emerged at the beginning of November.

Jewish families and museums say the paintings were taken from them by the Nazis and are calling for them to be returned.

The works are being held at an undisclosed location.