Poland's consul in Munich has said that Polish artworks are among a recently discovered collection of over 1000 paintings, thought to have been looted by WWII Nazis. 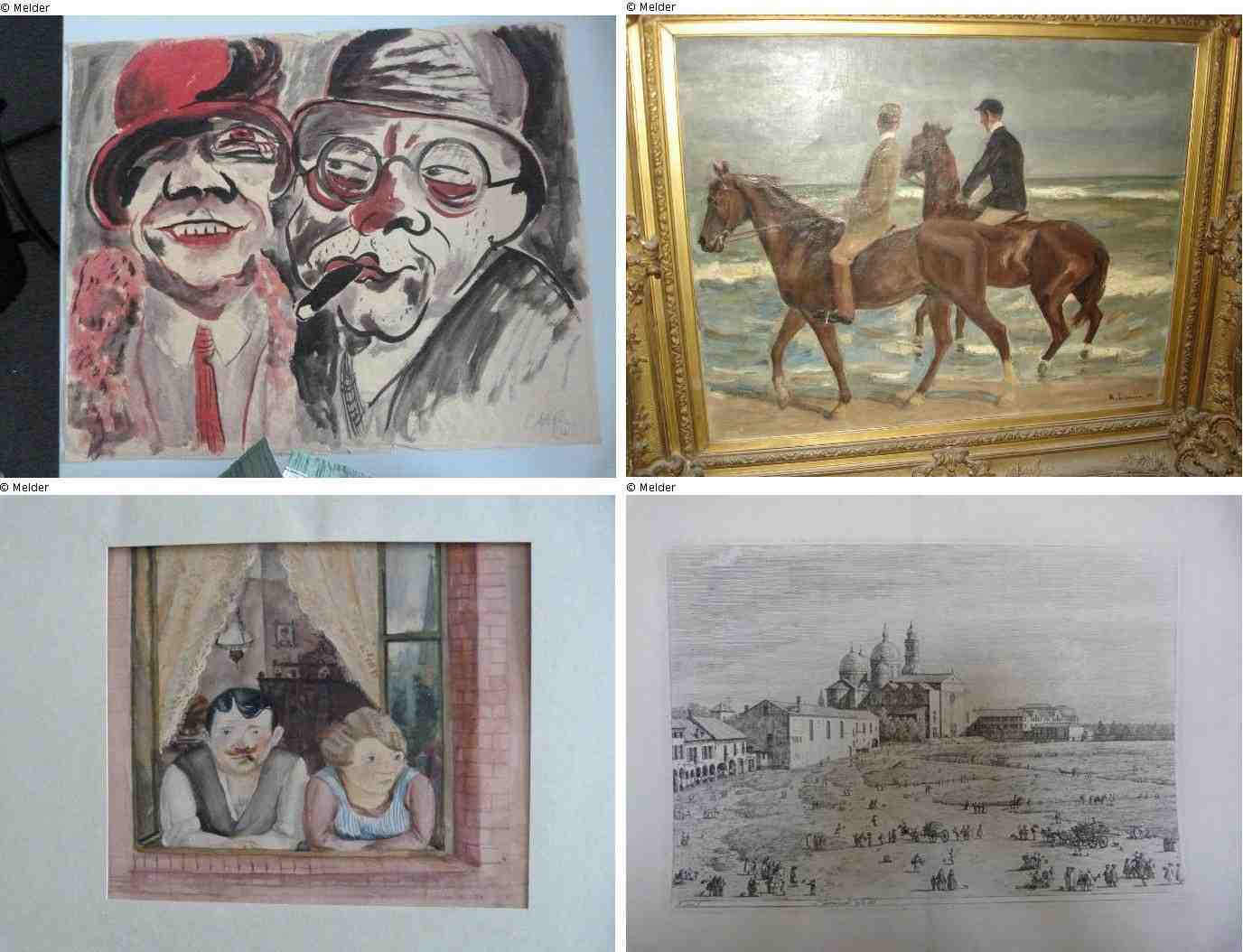 A handout picture made available by the Public Prosecutor's Office Augsburg on 12 November shows four of 25 artworks, which have been listed in the Lostart database since 11 November 2013. Max Liebermann's painting Riders on a Beach, top right. EPA.

We have documents that will be able to confirm that there are Polish paintings among the masterpieces that have been found,” Consul Justyna Lewanska told the public broadcaster TVP.

Close to 1400 paintings were seized by German authorities at an apartment belonging to the son of noted German art dealer Hildebrand Gurlitt.

Although the works were removed in March 2012, the news of the find was only announced this month, after an exposé by Focus Magazine.

It is thought that many of the works had been looted by the WWII Nazi regime, as Gurlitt Senior had been a collector of what the Nazis deemed as 'Degenerate Art'.

However, owing to international pressure, 25 paintings were confirmed by the Public Prosecutor's Office Augsburg and they have since been listed on the Lostart web site.

Art experts have noted that the provenance of each picture is extremely complicated but Justyna Lewanska has already said that papers exist confirming that Max Liebermann's painting Riders on a Beach belongs in a Polish collection.