Martha Hinrichsen got a call last week she thought she'd never receive: Within a vast trove of recovered wartime art, German authorities had found a drawing records show belonged to her Jewish grandfather. 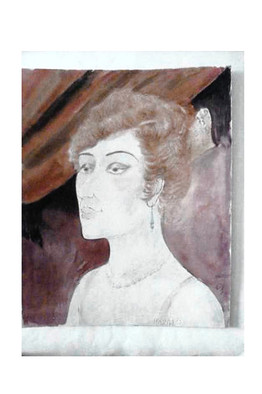 Otto Dix's "Woman in the Theater Box" is one of the works disclosed. Reuters

Now the 65-year-old retired music publisher is one of many heirs of Holocaust victims who are digging through yellowed files and painful family histories to research potential claims to the cache of Nazi-confiscated art.

"Who would ever think I'd need to go back through all this?" Ms. Hinrichsen said of the onionskin invoices and letters that make up 75 trunkloads of family archives she keeps in a storage locker two miles from her home in Southbury, Conn.

Since 1945, she said her family had worked steadily to successfully reclaim their ornate, three-story home in Leipzig as well as their music-publishing business, which were confiscated by the Nazis during the war from her Jewish grandfather, Henri Hinrichsen. But the case of his still-missing art had grown cold until a friend told her she had read about the lost drawing, by 19th-century German artist Carl Spitzweg.

As details have emerged in the past week about the roughly 1,400-piece collection found in a Munich apartment, descendants of collectors and ordinary citizens who lost art during World War II were stunned to hear that pieces they thought were forever gone still existed. Some, who have been fighting for decades to reclaim art lost to the Nazis, now have the concrete evidence that they've been waiting for.

Earlier this week, German authorities released a list of 25 works from the massive trove, discovered in the apartment of Cornelius Gurlitt, the elderly son of Hildebrand Gurlitt, an art dealer working for the Nazis. In addition to the title and artist's name, the list—published on Lostart.de, a German government website—included the names of the last known owners of the works, setting off a chain reaction of emotions and legal activity that has reverberated around the world.

A Glimpse of Discovered Masterpieces

This week, German authorities publicly posted details about 25 works in the trove on the website lostart.de, a German-government database of artwork and other cultural property seized or looted by Nazis or lost by German institutions during the war. 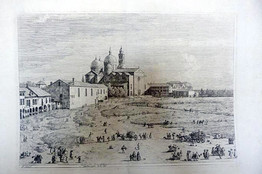 Michel David-Weill, former chairman of the investment bank Lazard, was surprised to learn this week about the recovery of an etching of the Italian city of Padua by Giovanni Antonio Canal, better known as Canaletto. Attached to the name of the painting on Lostart.de was the name of Mr. David-Weill's grandfather, Paris art dealer David David-Weill.

Most of his grandfather's 3,000 works were returned to the family after the war, including paintings by Pierre-Auguste Renoir and Jean-Honoré Fragonard and large collections of French silver and Chinese bronzes. Mr. David-Weill, who is 80 and survived the war as a child living under the fake name Michel Wattel in France, said he still wants to learn more about the work but will likely file a restitution claim.

"It's a little out of the respect for the memory of my grandfather that I pursue it," he said.

Tragic stories surface from even the tiniest glimpses into the Munich stash: Authorities listed two watercolors by German expressionist Otto Dix that they suggested belonged to prominent Jewish collector Ismar Littmann, who was ruined financially under the Nazis and committed suicide in 1934, said Friederike Schwelle, European clients advisor at the Art Loss Register, an international database of lost or stolen art and other valuables. Most of his collection was burned or seized by banks in what was then Breslau, Germany. It is unclear if he has surviving heirs who would push to claim the watercolors now.

Out of the 25 artworks made public, 13 were traced to Fritz Salo Glaser, a Jewish lawyer from Dresden who was forced to liquidate his modern art collection and lost other works to Nazi seizures, Ms. Schwelle said. Mr. Glaser was saved from his scheduled deportation to the concentration camp Theresienstadt after the Allied raids on Dresden in 1945 but didn't reclaim much of his collection after the war.

Ms. Rudolph said she isn't yet preparing any legal action but waiting for the release of the rest of the art haul and guidance from the government on how it will deal with the Gurlitt case.

For Ms. Hinrichsen, the scandal represents the latest twist in a decades-long saga to find and claim everything her ancestors lost. Most of her grandfather's relatives were killed by the Nazis—Mr. Hinrichsen himself was gassed at age 74 in Auschwitz on Sept. 17, 1942—so she feels a duty to find and bring back anything that still survives. Among her records in the storage locker is a weathered letter from her family's lawyer detailing Mr. Hinrichsen's forced sale of at least four pieces to Mr. Gurlitt in 1939. At the top of the list: Carl Spitzweg's "Playing Piano," which the lostart.de database also traced to his collection.

"We'll fight however long we can to get it back," she said.