Nazi-looted art: How many more masterpieces are out there? 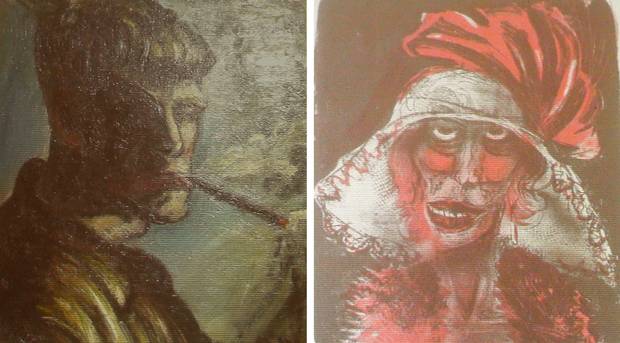 The story of the sleazy Munich apartment stashed with great works of art is one of those “Silent on a peak in Darien” moments. Like “stout Cortez” in Keats’s poem, who stared out over the previously unknown Pacific Ocean “with a wild surmise”, we don’t yet know the scale of it, we have no idea how far it may extend. But both the paintings of which images have so far been released, a self-portrait by Otto Dix and a new work by Paul Klee, are clearly worth millions, and it is likely that many of the 1,400 plus will be in the same category.

So we would appear to be on the threshold of an age in which the achievements of many of the greatest, most seminal artists of the 20th century will need to be radically re-assessed. And that itself will have knock-on effects for the work of artists practicing today. Every age builds on the one just gone, but if the art of that age turns out to have had dimensions and qualities and aspirations previously unimagined, it is not only the historians who will want to assess it afresh but contemporary artists as well.

Also ripe for reconsideration will be the attitude of the Nazi leadership to the work they proscribed as “decadent”, which essentially meant everything that we think of as modern. It has long been known that mountains of modern art disappeared in Germany during the Third Reich; until now the supposition was that the works that were not sold or smuggled abroad were destroyed, either deliberately burned in the same way that the Nazis burned books by the authors they hated, or as collateral damage during British and American bombing raids. The Munich discovery throws those suppositions into doubt. If it is indeed, as is being claimed, “the tip of the iceberg”, it is not only the history of art that will need to be revised. Were these “decadent” pictures not banished or burned but squirreled away for the Nazi leaders’ secret delectation once the war had ended and Europe lay at their feet, as they intended it would?

Aesthetic issues bulked large for all Europe’s 20th-century totalitarian regimes, all deliberately trying to remodel the world in their own ideological image. Stalin retreated from the futuristic work that orchestrated the Bolshevik revolution into the banality of socialist realism. Mussolini, consciously trying to bring about a new Roman golden age, was a more flexible patron: much of Italy’s surviving “Fascist” architecture marries modern scale and materials with what was theorised as quintessentially Italian, classical qualities in ways that still look fresh today. And perhaps because Italy’s Fascist regime was rarely as successfully tyrannical as they hoped to be, a wide range of artists and artistic styles continued to flourish in Italy throughout the 1930s.

Hitler, the failed painter of romantic scenes, gave an inordinate amount of his attention to art and architecture but purely as ideological instruments: Albert Speer’s colossal  architecture to awe and intimidate his enemies, the sculpture of Arno Breker to idealise the muscularity of the Aryan ideal, the films of Leni Riefensthal to fill the German masses with patriotic ardour. But all that was in public. The survival of so much “decadent” art inside Germany may turn out to indicate that, at least for their own private amusement, some Nazi leaders were hedging their artistic bets.

Wherever this extraordinary discovery takes us in terms of our understanding of the imaginative history of the 20th century, one thing is clear: the Bavarian authorities have already displayed disgraceful and scarcely comprehensible slowness in releasing details of the new discovery. The great majority of these works were either stolen outright or bought from their terrified Jewish owners, desperate to flee the country as the Nazi menace intensified, at knockdown prices. It is the clear duty of the authorities to publish a list of the works in their possession and begin the important task of re-uniting them with their rightful owners. Yet their reluctance to take even the first steps in this direction borders on the farcical. It was in 2011 that this huge cache was uncovered. The first the world learned of it was thanks to Germany’s Focus magazine at the weekend.

Unfortunately the German authorities have form in this regard. Germany was one of 45 countries to sign up to the Washington Principles, agreeing to identify looted works in their collections and publish the results. But Bavarian state collections, which contain thousands of looted works, have failed to do this. The London-based Commission for Looted Art in Europe has requested a full list of looted works from the Bavarian authorities but none has been forthcoming. The extreme reluctance of the Bavarian authorities to reveal details of the works found in Cornelius Gurlitt’s squalid flat follows the same pattern.

It needs to be remembered that this is stolen property, and the survivors among those from whom it was stolen are inevitably now very old. There is precious little time for justice to be done. The confiscation of the art was a crime; failure to treat the returning of it as an urgent priority is another one.