Museum to keep Pencz drawing after payment to Feldmann family 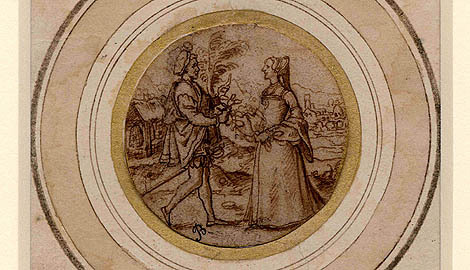 The British Museum has paid an undisclosed sum to the heirs of Arthur Feldmann following the discovery that a drawing in its collection had been seized by the Gestapo in March 1939.

The payment from the museum is "in the region of a few thousand pounds", according to a BM spokeswoman, who added that the case did not go to the Spoliation Advisory Panel as the museum had already agreed on a way forward with the claimant.

The museum had accepted the drawing in good faith as part of a bequest in 1997 by Rossi Schilling, whose husband Edmund Schilling acquired it in the 1960s. Recent research by Uri Peled, one of Feldmann’s heirs, revealed it had been in one of a large group of drawings from Feldmann’s collection sold at Sotheby’s in 1946.

Following the payment the drawing will remain in the museum’s print and drawings collection.

“This drawing, and others from the original Feldmann collection, will serve as a permanent memorial both to the outstanding importance of Feldmann’s collection, and to the terrible circumstances of its spoliation and dispersal.”

Peled said: “The Feldmann family is very happy indeed that the drawing will remain in the British Museum collection. Whenever we can the family prefer to leave drawings with museums to be enjoyed by visitors and scholars, and instead ask to be compensated for their loss.”

Maurice Davies, the Museums Association’s head of policy and communications, said: “This sounds like a very satisfactory outcome; it’s always good when complexities of collections ownership are resolved amicably. This shows the advantages of dialogue and mutual understanding.”

Three other drawings from the 1946 Sotheby’s sale are also with the British Museum.