State asks Germany to act towards retrieving art collection to heirs of its Jewish owners, who were forced to sell collection to Nazi regime in 1935 in process heirs claim was illegal

BERLIN – In an unusual step, the Israeli government asked Germany last week to act towards retrieving an art collection to the heirs of its Jewish owners. The owners were forced to sell the collection to the Nazi regime in 1935 in a process the heirs claim was illegal.

A hearing on the fate of the collection was supposed to take place in Berlin Tuesday, but it was called off at the request of the Prussian Cultural Heritage Foundation, which currently holds it.

The collection medieval gold artifacts – known as the “Guelph Collection,” or “Welfenschatz” – is worth between $133M and $400 million, according to the heirs. 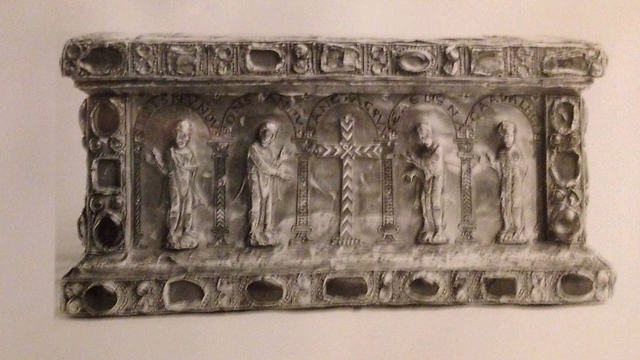 A letter sent by Culture Minister Limor Livnat to her German counterpart Bernd Neumann stressed that Israel considers the return of the treasures as an issue of "great importance to the Jewish people in general and to Holocaust survivors in Israel and the world in particular."

Livnat mentioned the Terezin Declaration – a nonbinding set of guiding principles aimed at faster, more open and transparent restitution of art and private and communal property taken by force or under duress during the Holocaust. The declaration was signed by 46 countries, including Germany, in 2009.

"The declaration is based on a moral principle according to which art and cultural property that was stolen from Holocaust victims by the Nazis will be returned to the victims and their heirs in a manner that corresponds with national laws and regulations, as well as with international commitments, in order to achieve a fair and just solution," Livnat wrote.

The "Treasures of the House of Welf" were originally purchased in the 1920s by German Jewish art dealers Zacharias Max Hackenbroch, Isaac Rosenbaum, Saemy Rosenberg and Julius Falk Goldschmidt. Hitler deputy Hermann Goering himself orchestrated the “sale” of the artifacts to the Prussian state in 1935 for 4.1 million Reichsmarks — far below the market value, said an attorney for the heirs, Mel Urbach of New York.

The sale of one of Germany's most important collection of Christian artifacts to Jewish art dealers by a descendent of the Welf Dynasty caused a public outcry at the time. The Duke of Brunswick was under heavy pressure to cancel the deal. The collection's new owners put it on display all across the US and sold half of it. However, they kept the most precious pieces due to the global economic crisis. The remainder of the collection was stored in Amsterdam.

Six years ago the heirs of the collection's owners demanded that treasures be returned to their rightful owners. The Prussian Cultural Heritage Foundation, which is managed by representatives of the German government, refused.

Urbach said not recognizing that the sale of the treasure to the Nazis was illegal is akin to rewriting history.