Despite Pledge, France Lags in Hunt for Looted Art 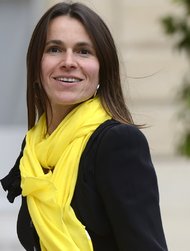 PARIS — When France’s culture minister, Aurélie Filippetti, handed over six looted 18th-century paintings to a Boston man in March, she declared a new “proactive approach” to tracking the original owners of recovered artworks that were stolen by the Nazis.

The announcement was welcomed here and abroad as an overdue step after decades of bureaucratic resistance to returning the art in a nation scarred by the most systematic plunder of any country during World War II.

But since that pledge nearly six months ago, there has been scant evidence of change. Ms. Filippetti created two groups to study the subject and submit progress reports to her, one due at the end of the year to describe objects that can be tracked and a second due next summer. No additional funds have been earmarked for research, and no additional staff members have been hired or dedicated to this project, Thierry Bajou, the ministry official in charge of the recovery effort, acknowledged.

There is one employee assigned to research unclaimed art in French museums — a laborious process. At the Foundation for the Memory of the Shoah, there is a specialist in the World War II art market who advises the ministry project but also juggles part-time work maintaining cultural archives.

During the German occupation, about 100,000 art objects were confiscated from Jews in France and sent to Germany by train. Although more than 61,000 were recovered and more than 45,000 returned by 1949, thousands have not yet been reunited with their owners. More than 2,000 of the works that were considered orphaned were distributed among 57 French museums. Since 1951, barely more than 100 of these have been returned.

In a recent response to questions by e-mail, Ms. Filippetti, who declined to be interviewed in person, counseled patience. It is more difficult to identify looted art today because of “the deaths of the victims and their direct descendants,” she said, “and not because of a lack of will on the part of museums.” She said she expects three or four works to be returned over the next two years. “Until now, we have waited for inheritors or relatives to trigger research procedures,” Ms. Filippetti said in March. “I want to introduce a more proactive approach under which France will seek the owners whether or not a formal request has been made.”

The culture minister’s declaration came on the heels of pressure from Corinne Bouchoux, a French senator in the Green Party, who had issued a legislative report on the recovery efforts. Her report — a strategy to develop “clean museums” — was particularly critical of the lack of public access to French archives that prevents descendants from gathering vital evidence to press claims dating back to the chaotic days of the war. Some records, including those of the Louvre, are closed to the public, and there is limited access or none at all to many of the other archives, which are held by museums and government or military agencies. Ms. Bouchoux said that, in addition to the 2,000 works known to have been turned over to museums, there may be another 4,000 with murky origins that were purchased during the war and later donated to museums. Their contributors were often listed as anonymous in order to give the works legitimacy.

No effort has been made to conduct a comprehensive audit or track down the owners or their families for any of these works, she said in an interview. “Everyone believed that this problem was settled but it was a delusion,” Ms. Bouchoux said. “It was a collective forgetting.”

She plans to introduce legislation to force museums to accelerate the process if the culture ministry does not follow up on its pledge.

In other countries, some museums have taken a more aggressive approach. In 2006, the Dutch government returned 202 paintings from its national collection to the heir of a Jewish art dealer whose Amsterdam gallery had been looted by Hermann Goering. Vienna has handed over almost 6,000 looted objects since it started an audit 14 years ago of more than 70,000 items in museums and libraries. Some art historians have taken extraordinary measures to work around the French system, where descendants complain that they remain at the mercy of bureaucrats who can unilaterally decide whether to allow access or not.

Elizabeth Royer, a Paris gallery owner and art historian who specializes in the provenance of works, decided the only way to circumvent the system was to create her own archives. Four years ago, she and her assistants started systematically photographing records held by the French Foreign Ministry. The results now fill the basement of her building. She opens her archives to other researchers and officials from foreign museums who say they find access through the gallery owner easier than through the French authorities. Ms. Royer, who has helped descendants recover a dozen looted paintings, said she remains pessimistic about any change in policy in France, where the topic has long been a source of shame, indifference and resistance.

“There are a lot of people who say time has passed, and this is enough,” she said. “I would agree if the archives are open, but so many things are hidden and closed.”

That is the primary complaint of descendants who have struggled to navigate the bureaucracy. Alexandre Bronstein, a great-great-nephew of the art collector Julie Reinach, has spent years searching for works plundered in 1941 by Nazis who burned the family home in St.-Germain-en-Laye.

“The basic view of museum curators is that this is ours,” said Mr. Bronstein, who said he has encountered resistance at institutions when he has sought to look at the backs of paintings for telltale marks of his family member. 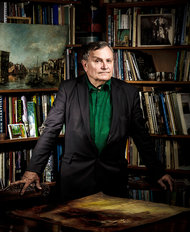 Alain Monteagle with copies of works by Francesco Guardi, left, and Joseph Mallord William Turner on the table. The originals were stolen by the Nazis.

Alain Monteagle, 65, a retired history teacher, is hunting among museum holdings for parts of an art collection taken from an aunt, Anna Jaffe. Ms. Royer’s documents show that in 1943 in Nice, Ms. Jaffe’s possessions were auctioned off in a fire sale of trinkets, bronzes, and “important paintings, ancient and modern,” which included landscapes by John Constable.

Unlike many descendants, Mr. Monteagle and his relatives have managed to obtain the return of eight artworks from the Louvre and the Kimbell Art Museum in Fort Worth. He has volunteered to help the research groups. His view is that, despite the culture minister’s pronouncements, there has been no change in museum behavior. “But then,” he noted, “a few months is not long for the French state.”

Some experts say increased availability to information through social networking tools and other Internet resources could make the search easier.

The Centre Pompidou cultural complex, which holds 44 paintings looted during the war, insists it is trying to reflect a proactive spirit. After Ms. Bouchoux, the French senator, issued her critique and recommendations, it posted a list of the works and a new subject on its online database: “Works recovered in Germany after the fall of the Third Reich.”

The information is not easy to find, but the museum plans to lend three orphan paintings by Fedor Löwenstein for an exhibition in Bordeaux that could help publicize the unclaimed art. All were donated as a mysterious gift to the museum in 1973. In 2011, they were reclassified as stolen works.