April
The Art Newspaper 2 May 2013
By Laura Gilbert 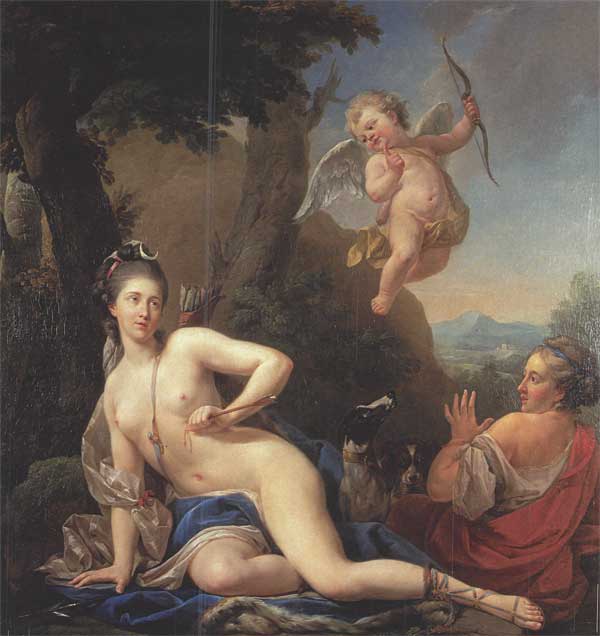 A collector of Old Masters says that a painting he bought from Sotheby’s in 2004 is now worthless because it was once owned by the war criminal Hermann Goering and might have been looted by the Nazis, according to a lawsuit filed in California on 21 March. The Goering connection came to light in 2010, when Steven Brooks, the owner of the painting, sought to sell it at Christie’s. The auction house’s specialists found that Goering had bought the work in 1939. Christie’s refused to auction the work and, the complaint alleges, Sotheby’s will neither auction it nor refund Brooks’s money.

Brooks alleges that Sotheby’s should have researched the provenance of Allegorical Portrait of a Lady as Diana Wounded by Cupid, by the 18th-century French artist Louis-Michel van Loo, and says that the auction house should have informed potential buyers at the London auction that the work had been owned by Goering. Brooks paid £57,600 for the work in 2004.

The Nazi connection, the lawsuit says, creates “a cloud on title”—uncertainty over who is the rightful owner—that renders the painting unsaleable and without value.

Unusually, there is no proof that the work was looted—just uncertainty—and no claimant or potential claimant has been identified. Steven Thomas, an art law expert at Irell & Manella (who is not involved in this case), expects Sotheby’s to fight the case, to establish a precedent in this new area, rather than settle it. It is almost unheard of in Holocaust-related litigation to say that “there’s a cloud [on title] when there’s not a claimant”, he says. “That the painting was owned by Goering doesn’t mean it was looted.”

The case could clarify “the responsibility of a major auction house with respect to knowing what it sells before it sells” and if “collectors can have an expectation of minimal due diligence prior to [such auction houses] putting a work on the market”, says Brooks’s lawyer, Thomas LoSavio of Low Ball & Lynch.

Sotheby’s declined to comment on the lawsuit or on what it does when it has questions about a work’s provenance. As we went to press, Sotheby’s had not filed a response to Brooks’s complaint.

The provenance entry for the work in the 2004 catalogue has no information between 1906 and 1987. Despite saying that Goering had bought the work, Christie’s was unable to determine its history between 1906 and 1939. “This uncertainty… and the rest of the painting’s history led us to conclude that we were uncertain as to whether we would be able to convey good title for the painting,” says a spokeswoman for Christie’s.

Private dealers say that, regardless of what an auction house does, they will not touch a work if its ownership cannot be traced between 1933, when the Nazis came to power, and 1945. “A gap in dates is a red flag,” says David Tunick, who deals in 15th- to 20th-century prints and drawings. “If it comes from Europe and there’s a gap, we wouldn’t take anything,” says the Old Masters dealer Richard Feigen.

It is impossible to estimate how many works may have potential claimants, but Thomas says he “wouldn’t be surprised if other works are sold at auction or by dealers when there are red flags regarding title. Whether they are unsaleable because of gaps in provenance will be decided by the market.”