OXFORD’S Ashmolean Museum has acquired a collection of Renaissance silverware that has been described as “the most important gift of its type to a British museum for over a century”,  though some questions have arisen surrounding the origins of some of the artefacts. 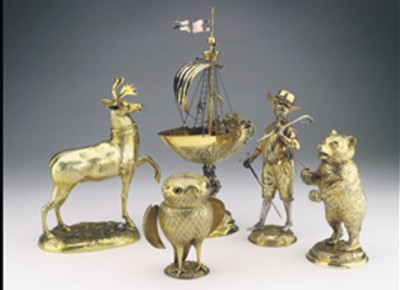 The collection was the bequest of the late collector Michael Wellby, who was a friend of Professor Tim Wilson, Keeper of Western Art at the Ashmolean, and is believed to be worth in excess of £10 million.

As with all Ashmolean exhibits, the silverware will be free to view for students.

Professor Wilson said, “A selection of some of the finest pieces from the Wellby collection will be put on display from late February in the West Meets East Gallery, where they can be appreciated in the wider context of artistic and cultural exchange in the modern world.”

Following the refurbishment of one of the museum’s permanent galleries, the collection will be relocated to a space that can house the entirety of the bequest.

The important acquisition has provoked controversy owing to unconfirmed rumours that some of the artefacts that will go on display in the Ashmolean were looted from Jewish collectors during Nazi rule.

Responding to these concerns, Professor Wilson asserted that Michael Wellby’s father, who collected the art, “Would not have knowingly acquired any object which he had reason to believe had been looted from or sold under duress by a Jewish family in the period of Nazi rule.”

He confirmed that the Ashmolean would be taking steps to “publish information as soon as it can about the objects and, where possible, about
their provenance.”

Despite Professor Wilson’s assurances, some students still seem concerned about the new display. Adam Cobb, Jewish Society Vice-President, commented, “Proper background research should always be essential for any item being displayed in a museum, especially when the pieces of artwork have a suspicious background. In this particular case I personally do not believe the objects should go on display until their origins have been established so that any potential cause for offence can be suitably avoided.”

Despite the controversy, members of the student population have been positive about the new exhibits.

Laura Martin, a first-year History of Art student at Wadham, opined, “I think that the Ashmolean’s acquisition is a wise one, as the decorative arts are way too marginalised in the art historical world” and noted that, out of the new collection, “the lapis lazuli was the most beautiful, as it’s unusual to see it in any other form than paint.”

Ashmolean enthusiast Tim Keasley, a second-year musician from Pembroke, explained his excitement about the new exhibition, saying, “Seeing the actual objects is an opportunity not to be missed, why would you bore yourself to death reading about them in a library, when you could go and see them, right here in Oxford?"