Hungary Is Powerless To Keep Stolen Art From Nazi Restitution

International pressure is mounting for Hungary to offer a settlement to the descendants of the Jewish industrialist Baron Mór Lipót Herzog, who are owed hundreds of millions of dollars for their art collection, stolen by the Nazis and their Hungarian collaborators, at the end of World War II. Much of the collection hangs in three National Museums in Budapest. 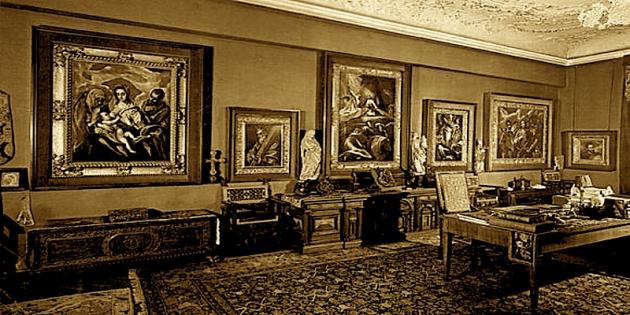 Notably one of Europe’s great collections of art, the Herzog Collection was the largest private art collection in Hungary. It also held the largest number of paintings by El Greco, after the Prado in Madrid, among other priceless  works by key artists such as van Dyck, Velázquez, Lucas Cranach the Elder, Francisco de Zurbarán, Courbet, Corot, Renoir and Monet. The Nazis stole over a hundred and fifty thousand art objects in Western Europe and approximately a half million works in Eastern Europe. This total figure represents at least  $20 billion in current values.

Hungary, as a German ally, legislated its own anti-Jewish laws and In April 1944 the government issued a decree requiring that all Jews surrender luxury goods, including all works of art to the state. Hungarian restitution claims were regulated by the Paris Peace Treaty of 1947, which they signed. Unfortunately under Communism the restitution requirements of the Treaty was ignored, as it was by other Iron Curtain countries, but In 1993, the Hungarian Constitutional Court faced a case in which, “The petitioners sought determination of an unconstitutional omission on the part of successive governments in their failure to discharge their obligations under the Paris Peace Treaty of 1947. This now should not be allowed to stand under EU law as they precariously try to hang onto an illegal ratification of the Paris Peace Treaty.

Hungary's past began catching up with them in 2004, the Year the country was ratified as part of the European Union. Much of the Herzog collection was found in either storerooms or on the walls of public institutions. In July 2010, the heirs of Baron Mór Lipót Herzog sued Hungary and four state-owned museums, seeking the return of at least 40 masterpieces stolen from the Baron’s renowned and well documented collection.

The restitution of cultural treasures lost during World War II is an issue that has remained unresolved for many rightful owners following the war, especially in former Soviet block countries, who fell outside the jurisdiction of the claims. The family of Baron Herzog are determined to fight the case in the US courts and perhaps in the European Courts. They are likely to shame Hungarian officials opposed to a settlement which will bring the country into moral disrepute if the case drags on.

Hungary is not a morally bankrupt country, but it is locked into a culture that seems to cynically disregard international and European law when it comes to its Nazi past. The EU should insure that countries signing up to Europe abide by the laws of Europe. Stolen art and antiquities are unacceptable in the 21st century. Museums in America have recently had a number of high profile cases where works of art plundered from Europe have been returned. Hungary needs a wake up call to prompt them to behave within international law, before the pressure grows from the international community and causes embarrassing repercussions.

Plundering art in time of war is an ancient and timeless pandemic. The brutal history of Hungary's collaboration with Adolf Hitler which sent half a million Jews to their death in concentration camps, at the end of the war, is a distant but unforgivable memory. Most of the perpetrators are long dead and it is up to the younger generations to heal the past.  After Russia, Hungary remains one of the few countries to have disregarded international pressure and fall inline with public opinion on restitution. Even Museums in Austria have returned paintings worth tens of millions of dollars to the descendants of their owners. Individual estates must be compensated for what was unrightfully stolen,commandeered and nationalised with out restitution.

Last week a three-judge panel in a federal court in America heard brief oral arguments in what art experts say could be the largest Holocaust-era art restitution case ever mounted, however no ruling was issued. The case clearly states that the Hungarian courts acted unjustly by failing to return the paintings or pay restitution to Herzog’s relatives, the lawsuit seeks to use U.S. courts to press the claim against the government of Hungary, three of its museums and a university.