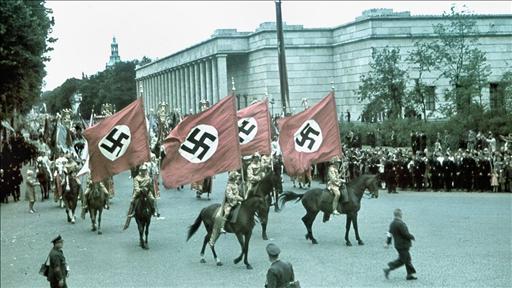 Munich's Neue Pinakothek museum through Jan. 28 will be present an exhibition of 16 sculptures that were unearthed in front of Berlin's city hall in 2010, only 10 of which were shown in Berlin at the time.

In 1937, Adolf Hitler held an exhibit of what he called "degenerate" art in Munich, featuring roughly 600 of 19,500 works that the Nazis had confiscated.

"Artworks that cannot be understood in and of themselves—but first require a user's manual in order to finally find those intimidated people who patiently accept such stupid and impudent nonsense—will no longer find their way to the German people," Hitler explained of the works.

Beginning this month, Munich's Neue Pinakothek is displaying 16 sculptures of this "Degenerate Art" unearthed in 2010 by construction workers digging near Berlin's Rathaus. The show also discusses works from the Pinakothek museums in Munich that were looted by the Nazis, 95% of which remain unrecovered. Hitler's Ministry of Propaganda had stored the confiscated sculptures—presumably with controversial paintings and drawings—in a building firebombed in 1944. When they were unearthed two years ago, most were scarred and the paintings were destroyed.

"The fire's damage makes them look like completely different sculptures," said Matthias Wemhoff who directed the excavation and restoration of the works made from resilient materials including bronze, terra-cotta and marble. 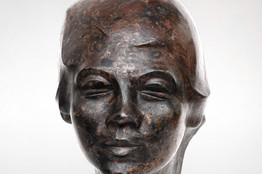 Fritz Wrampe's bronze "Rider," circa 1933, once depicted a nude man astride a stocky equine. Now the rider, his face damaged by fire, still clings to the torso of the horse while his steed's hoofs and forelegs remain on the statue's base, since snapped off.

Hitler and his propaganda minister Joseph Goebbels stated that degenerate art depicted "prostitutes, pimps, brothels, Negroes, South Pacific Islanders, idiots, cretins, paralytics and Jews," according to the catalog from the original 1937 exhibit. But images of the Neue Pinakothek's stolen art—along with the statues in the exhibit—demonstrate the mercurialness with which the Nazis condemned artwork.

"Anything that exposed individuality or put emotions at the fore or showed weakness were qualities considered 'degenerate,'" said Mr. Wemhoff, adding that only two of the 14 sculptors in the exhibit were Jewish. "It was primarily directed at artists considered 'other.'"

Edwin Scharff's bronze "Portrait of Anni Mewes" circa 1917, depicting a popular prewar actress, was the first of the sculptures to be unearthed. Though the bust originally appeared caked with white and green decay, it has since been restored to reveal a smooth face with delicate features.

"There was a similar bust in one of [Hitler's] 'Great German Art' exhibits," Mr. Wemhoff said. "She really demonstrates how his criteria weren't sharply delineated."