The lawyer for Peter Sachs, the son of a dentist who fled Nazi Germany, said he was “cautiously optimistic” that his client will get back a collection of 4,259 posters looted by the Gestapo after a court hearing today. 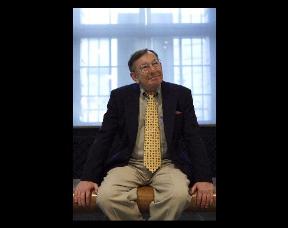 The Federal Administrative Court in Karlsruehe, the highest court for civil affairs in Germany, postponed its decision on the case until March 16. The posters are currently at Berlin’s Deutsches Historisches Museum, which is owned by the German government and the state of Berlin.

Peter Sachs, a retired airline pilot from Sarasota, Florida, has been fighting a legal battle to get his father’s posters back ever since a German government panel rebuffed his claim in 2007. The Deutsches Historisches Museum estimates their value at more than 4.5 million euros ($5.9 million).

“I think we can be cautiously optimistic,” said Matthias Druba, of Matthias Druba of FPS Rechtsanwaelte, Sachs’s Berlin lawyer. “Everything suggests that the court sees Peter Sachs as the rightful owner.” Sachs was unable to attend the hearing because of illness.

In January 2010, a Berlin appeals court overturned an earlier ruling that the posters should be returned to Peter Sachs. It ruled that although Sachs is still the legal owner, he doesn’t have the right to possess them.

Hans Sachs began collecting posters in his school days. He published a poster magazine called “Das Plakat,” founded a society, held exhibitions and gave lectures. His collection, including works by Henri de Toulouse-Lautrec, Ludwig Hohlwein, Lucian Bernhard and Jules Cheret, totaled 12,500 posters and was at the time the biggest in the world.

It was seized in 1938, and when Gestapo officers carted it off, they told Sachs that Joseph Goebbels wanted his posters for a new museum wing dedicated to “business” art.

Hans Sachs was arrested and sent to a concentration camp in 1938 and later that year managed to flee with his wife and son Peter, then aged 14 months. He never saw his collection again.

Sachs assumed it hadn’t survived the war and accepted compensation of 225,000 deutsche marks (about $50,000 at the

time) from the West German government in 1961.

Peter Sachs has said he is willing to repay the compensation if the collection is returned.