UK Launches Historic Project to Make Its Paintings Available Online to All... and You Can Help 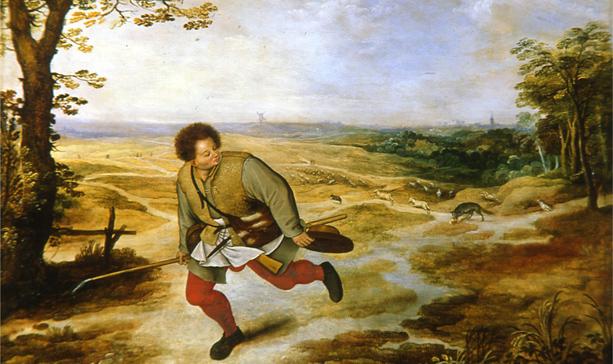 The UK may well soon become the first country to have put its entire national collection of oil paintings on the web. Launched last June, the online archive Your Paintings, the fruit of a collaboration between the Public Catalogue Foundation and the BBC, has announced today that it had added 40,000 paintings to the initial upload, bringing the total number of paintings available on the website to a staggering 104,000 — and PCF director Andrew Ellis is confident that all 200,000 oil paintings publically owned in the country will be uploaded by the end of 2012.

Your Paintings is far from being the only picture archive around, but unlike most projects of this type — say, the Google Art Project — Your Pictures isn't driven by co-opted quality. It isn't dependent on a group of self-appointed tastemakers or art historians deciding what should be made available to the masses. "This is ruthlessly democratic," said Ellis to ARTINFO UK. "These are the public collections, we want all the public to see it, and all the paintings are there, irrespective of quality, irrespective of condition, irrespective of where they hang."

Project contributor Jim Oliver, an ex-lighthouse keeper from Scotland, explained in a presentation video: "A lot of these paintings are not, shall we say, highly professional. But they meant a lot to people at the time. There's a story behind that, and it's that story that should be remembered." Your Paintings also includes pictures by Bacon, Caravaggio, Constable, Freud, Hogarth, and Warhol, to name only a few.

Museums are designated collaborators here, but Your Paintings has sought out oil paintings in every single national collection, including charitable trusts, local authorities, universities, schools, hospitals, city buildings, and fire stations. And the emphasis is clear: "this is very much about encouraging the public to go and see the paintings for real," said Ellis.

So Your Paintings doesn't advocate online over physical viewing? "There's no contest there," the director answered. "Seeing the painting for real is always going to be a better experience. However, until this project came along, you wouldn't have known were most of those paintings were. Remember that 80 percent of the nation's paintings are not on view, and I suspect that at least two thirds of these paintings had never been photographed before. So we are alerting people to paintings that for the most part people didn't know about."

Members of the public are very much encouraged to take part in the project, and more than 5,000 of them have already helped tag the images, creating so far more than 1 million tags. "We want the site to be searchable by subject matter, and the information which is provided to us is typically artist, title, collection," explained Ellis. "What we don't know is 'scenes of battles of Waterloo,' or 'portraits of Adam Smith,' or 'top hats between 1820 and 1840.' So we are asking the public to help us and just say what they see in the painting. It's a great exercise and it's also very good fun. A lot of curators would love people to spend more time looking at their paintings, and in actual fact tagging does encourage people to look at a painting for longer."

To contribute to Your Paintings' tagging effort, click here.