A painting by artist Jules Breton stolen 93 years ago was turned over to French officials by U.S. authorities on Thursday, customs officials said. 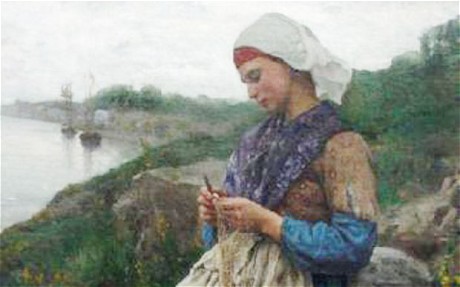 The painting, "Une Fille de Pecheur" (A Fisherman's Daughter), was handed over to Ambassador Francois Delattre in a ceremony at the French Embassy, the Immigration and Customs Enforcement (ICE) agency said in a statement.

"As the foremost agency investigating the plundering of cultural property, we are pleased to return a piece of French heritage that was stolen during World War I," said ICE Director John Morton.

The work by Breton, a 19th century Realist painter, was seized in 1918 by German troops from a museum in Douai, France, the statement said.

The painting was sent with other artworks to Belgium. It was not included when the Belgian government returned the works to France in 1919.

French officials told Interpol Washington last year that "A Fisherman's Daughter" had been imported by a New York art gallery. The painting's current value is about $150,000.

An investigation showed that the extensively restored painting was the same one German soldiers seized from the Douai museum, the statement said.