A billionaire friend and financial backer of Nicolas Sarkozy is facing a possible jail sentence for allegedly accumulating “lost” and stolen paintings worth millions of pounds. 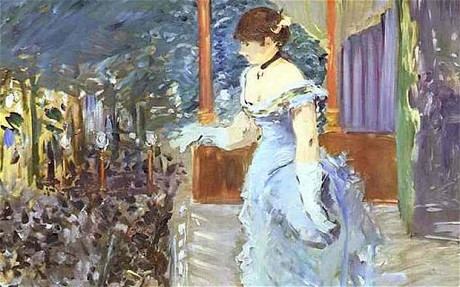 Guy Wildenstein, 65, was accused yesterday of “obtaining goods through abuse of trust”. If found guilty, the art dealer faces up to three years in prison.

Police seized works by artists including Degas and Manet when they raided the Wildenstein Institute in Paris in January.

They included Edouard Manet’s “Cafe Concert Singer”, which is valued at more than a million pounds, and “La Chaumière en Normandie” (“The Concert in Normandy”), by Berthe Morisot, which is worth around £750,000.

Yves Rouart, the cousin and heir of Anne-Marie Rouart, a descendant of Manet, claimed that some of the paintings were his. Mrs Rouart bequeathed the antique furniture from her apartment to her relation, while also appointing Mr Wildenstein as an executor.

According to Mr Rouart, the dealer went to Mrs Rouart’s home following her death in 1993 and removed paintings, including La Chaumière en Normandie by Berthe Morisot, which was valued at £750,000.

Mr Rouart filed a writ when the painting appeared at the Wildenstein Institute, alleging that it had effectively been stolen, which led to the police raid. Alexandre Bronstein, a descendant of Joseph Reinach, whose collection was looted by the Nazis during the Second World War, also claimed that several missing works appeared in the Wildenstein collection.

Mr Wildenstein was also under investigation over allegations of tax avoidance on the family’s £3 billion estate.

Hervé Temime, a lawyer for Mr Wildenstein, had no comment to make over the charge. However, his client had previously claimed that paintings such as La Chaumière en Normandie had appeared at his Paris institute because of an “oversight”.