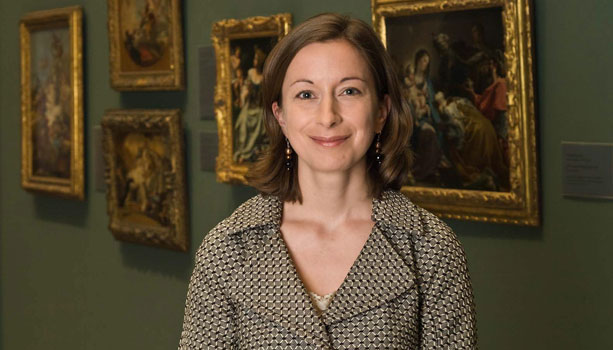 Late last month, Boston's Museum of Fine Arts made headlines when it voluntarily compensated the heirs of a Jewish art dealer for a 17th-century Dutch portrait by Eglon van der Neer that it discovered had been stolen by the Nazis. Behind the rare preemptive compensation was Victoria S. Reed, a woman with an even rarer job: curator for provenance.

Since 2003, Reed has worked in this small and unconventional field, scouring everything from museum catalogues to archives in Washington, D.C., to investigate the ownership history of undocumented or poorly documented artworks in the museum's collection that could have changed hands in under the Third Reich. Her discovery shined light on a growing group of researchers — there are others at MoMA (which has a dedicated Web site for the initiative), the National Gallery of Art, and the Philadelphia Museum of Art — devoted to Nazi-era provenance research. Formerly a research associate at the Princeton University Art Museum, Reed never intended to spend her time investigating Nazi loot. "It wasn't anything that I really sought out," she said. "Maybe it found me."

Institutional interest in this research is relatively new. In 1998, 44 countries signed the Washington Principles, guidelines for identification and restitution of Nazi-era looted art. In April 2000, a group of museum directors including MoMA director Glenn D. Lowry and Philippe de Montebello of the Met testified in front of a presidential commission to affirm their commitment to the research. Still, some institutions, like the Leopold Museum in Austria, are said to have knowingly lent work to other museums with questionable provenance over the last two decades. Furthermore, the Washington Principles remain a nonbinding agreement, and cases of restitution are relatively rare — despite the frequent presence of certain ongoing cases in the headlines — though increasing.

ARTINFO sat down with Reed to discuss what a "curator for provenance" actually does, how she's managed to make so many rapid-fire discoveries, and why the issue of provenance is, for her, more intellectual than moral.

How many discrete works have you dealt with since you started?

There are a few works that I have really researched in depth, there are many others that I have done provenance research on, and then there are, of course, handfuls of works that I have just checked. So, easily hundreds, probably thousands, but I'm not sure you should quote me on any sort of accurate figure.

How do you decide what takes first priority?

Why do you feature them on the site?

In order to draw attention to them and hopefully bring in additional information from other people if they see these works on our site. The van der Neer is one of the paintings that has been on this list since 2000, and in part because we featured it on our Web site, Fred Westfield, Walter Westfeld's nephew, was able to locate the painting.

Are there other paintings that have been discovered that way?

In 2004, we had a little painting, a Madonna and child that we had purchased in 1970. We had no knowledge of its 20th-century provenance and we were contacted by a scholar in France who was writing her dissertation on reliquary triptychs and she had additional bibliography about our little painting showing it as the central panel of a little triptych, at which time it was in a Polish private collection. And so again we updated the provenance records for this painting with the name of the owner, not knowing really the significance of the name or anything about the collection. And I think in a matter of weeks, we were contacted by the Polish embassy, which was representing the granddaughter of the man who had owned this painting in 1900. She had been present during the painting's seizure and was able to attest that this work had not only been in her family's possession, but was plundered from their apartment during the Warsaw uprising.

If you discover a work that has a suspicious provenance, where do you take that information?

To the curatorial staff and to our deputy director. The most recent example of that would be the tapestries. We reached a financial settlement over some tapestries this spring and it was in the course of researching the collection that I came across a red-flag name in the provenance. These were tapestries that had been in a Nazi forced sale in 1935, so as soon as I knew that they had been in this sale that was very probably problematic, that was when I alerted people that we would need to do further research on this. And of course the more research you do the more time and resources you need to allocate to it, so you do sort of have to check in with people to let them know you are doing this work.

What percentage of your time do you spend on that type of retroactive research?

Maybe 50 percent of the time. It's hard to say because my job is really part proactive research, this kind of going back researching and documenting the collection, and of course the other half of it is reactive. Ideally, I would like to minimize the reactive and focus on the proactive, but of course there are time-sensitive things that come up and I have to respond to inquiries or to acquisitions or if there is a claim on something in the collection. But I do try to balance it with the proactive. Because this is our collection it's really our responsibility to research and to document it.

You mentioned the two other cases that have been resolved in the past year. Can you talk a little bit about those?

It's been a busy year. Last year, we deaccessioned and returned to Italy a little embroidery that we learned had been probably stolen from the Diocesan Museum in Trent in Italy during World War II. We had the little panel depicting the burial and the delivery of the news of Saint Vigilus's death. We've had this in the collection since 1946 and we never knew the subject matter. We were alerted, I think in 2008, by a scholar in the field that in fact our panel had gone missing from Trent during the war. It's very hard to identify a theft of course because you're not going to find a paper trail, so I looked at the Trent museum catalogues and subsequent publications of this series of embroideries to verify that it in fact had once been there and at a certain point, namely after the war, the little panel showing the death was published as location unknown or missing. It seemed pretty clear that it had been illicitly removed and so we contacted the museum. They were able to verify that the series had been put into storage before the war and that when it was taken out of storage, this little one was missing. And because we purchased it in 1946, it seemed very likely that it was a wartime theft. So the trustees voted to deaccession that and we returned it to Trent.

What was the second?

The second one was a financial settlement that we reached in March over the tapestries that I mentioned earlier. The tapestries had been part of the stock of Margraf Galleries, a consortium of galleries in Berlin run by a Jewish couple, Jakob and Rosa Oppenheimer. They fled Germany in 1933 to avoid persecution and in their absence the management of the galleries was turned over to Aryan administrators and very quickly it was decided that the galleries should be closed and their stock liquidated. It was sold of in a series of auctions in 1935 at very low prices; the tapestries were in one of these liquidation sales, which today would be considered forced sales, not legally valid. So the tapestries ended up on the German art market, they were purchased by another Jewish collector who brought them to the United States and gave them to us in the '50s. Once we ascertained the details of the sale in 1935 we contacted the heirs of the Oppenheimers and negotiated a financial settlement, which really effected a legal sale.

Well I don't know that you're ever really done with this work, but we do have a handle on at least the paintings collection, which is, as you say, a discrete number of works. There are other parts of the collection that have been studied much less. I imagine it's going to take a bit of time, so maybe someday we'll be done but I don't think anytime in the near future.

What do you feel is restitution's place in the modern American museum?

I think certainly provenance is an issue that museums need to be aware of, and I think museums are much more aware of it now more than they used to be. And the way that museums build up their collections, the way museums document their collections has really changed. I think that people are much more diligent now. I think with the advent of the internet we have a means of being transparent about our documentation now and how to share this information with the public. So I believe attitudes are really changing and the way museums are collecting is changing. It's not going to change overnight, but I think we've sort of rounded that corner.

Do you feel a moral compulsion to do what you do, or are you more interested in it from a professional research standpoint?

Your question touches on the fact that conducting provenance research involves not only art history research, but also the law and ethical considerations. I don't make administrative decisions for the museum; as you know, I do the research and share the results of this research online. But the fact that I have this job at all is the result of a shift in museum ethics — museum collection practices have changed in the wake of museum ethics changing. In my role, I certainly have an obligation to the museum and to the public to research the collection and share the results of this research, to ensure that the MFA is upholding a high professional and ethical standard.

It's interesting that for you it's more about the research process than the end result.