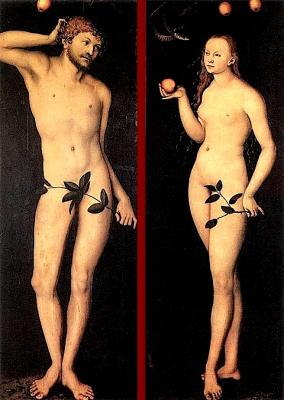 The Boston Museum of Fine Arts has agreed to compensate a family for a stolen painting that has been in its collection for 70 years. The Dutch 17th century painting, by Eglon van der Neer is a work that has been in its collection since 1941. it was once owned by a Jewish art dealer who died at the hands of the Nazis, in World War II. The BMFA have agreed to pay restitution to Walter Westfield but it will keep the painting in the collection of the art institution. The private agreement will not reveal the sum it has paid to the relatives. Decendant, Fred Westfield, who lives in Tennessee and is Walter Westfield's nephew said;" the family was appreciative of the way the museum handled the matter". The MFA purchased the masterpiece for $7,500 from a dealer in good faith. Walter Westfield was killed at Auschwitz.

In another case, the Supreme Court has overturned a California decision to compensate relatives of a work held in the Norton Simon Museum of Art in Pasadena. They have denied restitution to a family based on "stature of limitations". The decision that California strayed too far into foreign affairs, with a state law which extended the statute of limitations for the recovery of stolen Nazi art. This will now effect the restitution of an important pair of 16th century paintings by Lucas Cranach the Elder. It is a marked defeat for the heirs of the man who formerly owned the paintings, before they were stolen by the Nazis. “California has created a world-wide forum for the resolution of Holocaust restitution claims,” the 9th Circuit court had concluded, in 2009. “While this may be a laudable goal, it is not an area of traditional state responsibility.  The rightful owner of the paintings was a Dutch art dealer who purchased the panels in 1931. He later fled with his family following the German invasion of the Netherlands, in 1940. Herman Goering a leading Nazi confiscated and stole the paintings. After World War II, the heirs of Von Saher settled with the Dutch government for ownership of the panels. The Dutch government than transferred the paintings to George Stroganoff-Scherbatoff, who claimed them for his family of Russian nobles and subsequently sold them to Norton Simon in 1971. In most cases, California imposes a three-year statute of limitations on those seeking to reclaim personal property. Under a 2002 state law, California allowed individuals to file property claims up until Dec. 31, 2010, provided they concerned “Holocaust-era artwork.” The petition in the case called, Von Saer v. Norton Simon Museum of Art was one of more than 100 petitions denied without comment, on Monday.

It is now up to the Norton Simon Museum to directly compensate the family of the stolen panels, as a gesture of good will. This will send out the right signals and set a West Coast precedence, for resolving looted Nazi artwork cases. What the Directors of the NSM, seem unable to gage, is that public opinion has changed over the last few years. Many high profile cases of Nazi restitution have sent out a clear signal that museums cannot bury their heads in the sand over such matters and amoral behavior in hanging such works is not going to be tolerated by the public, in the 21st century.