Portrait Looted by the Nazi, is Returned at the Jewish Museum of Belgium

A portrait of a child with her pet rabbit by Belgian artist, Antoine (Anto) Carte that was looted by the Nazis during the Belgian Occupation has been returned to its owner after the Art Loss Register (ALR) located it in the hands of an art dealer from Long Island, USA.

'Jeune Fille a la Robe Bleue' (1932) was the centrepiece of a hand-over ceremony at the Jewish Museum of Belgium on 1 December 2009. 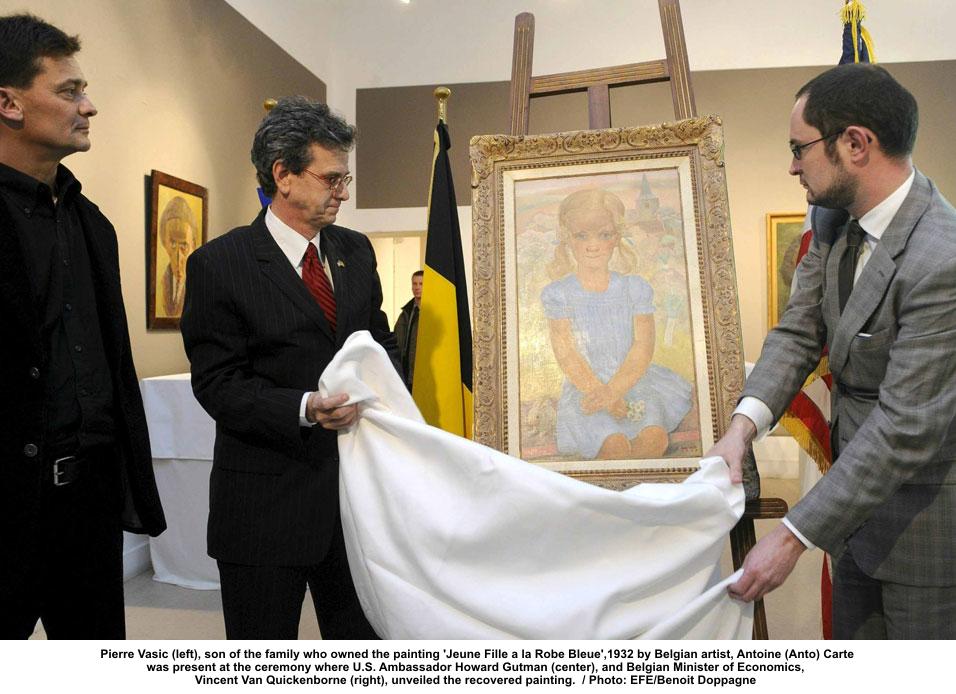 The Jewish child in the portrait fled Brussels with her family during the Nazi Occupation and survived the war hiding in the Belgian countryside. The family's abandoned apartment in Ohain was looted in 1944 and five oil paintings, including the Anto Carte portrait, disappeared.