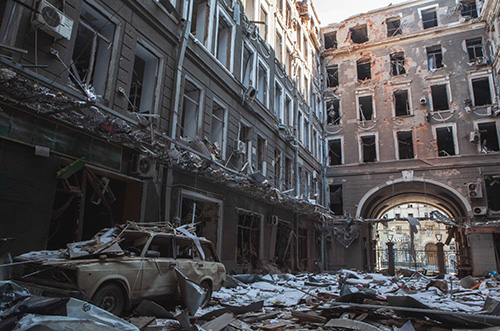 The East European scholar Karl Schlögel called Kharkiv a place of pilgrimage for anyone who wanted to know what the world of tomorrow should look like. What was meant was the Kharkiv of the interwar period, which was a prosperous center even before the Bolshevik revolution and which from 1919, as the capital of the Ukrainian Soviet Socialist Republic, became an architectural and urban showpiece of Soviet modernism. The gigantic Constructivist-style buildings were not only unique to Ukraine, dwarfing the historicism and Art Nouveau houses built at the beginning of the 20th century, but they are a valuable part of the common European heritage. 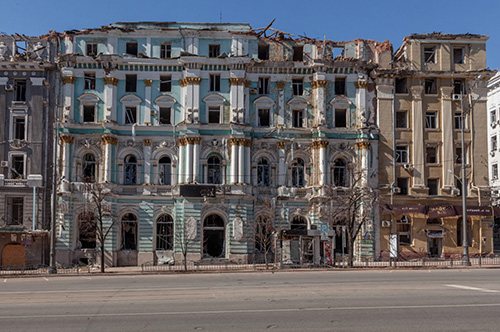 Kharkiv was destroyed during World War II and then rebuilt. The second destruction is currently taking place. Located just 27 kilometers from the Russian border, Ukraine's second largest city with more than 1.4 million inhabitants was one of the first targets of Russian attacks. It turned into a battlefield. Many residents fled. 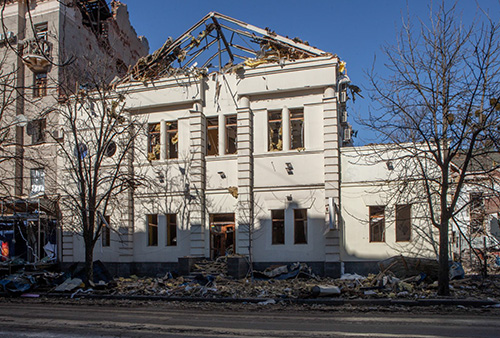 The exhibition “Kharkiv Requiem” shows the chronicle of this destruction from the perspective of the well-known Ukrainian photographer Stanislav Ostrous, who taught photography at the Kharkiv State Academy of Culture before the war and dealt with conceptual photography. Since March 10 of this year he has been documenting the destruction of his hometown in his pictures. On that day, bombs and rockets fell in the city center and a large part of the population left the city. There was also bitter fighting in the suburbs. Since that day, Ostrous has roamed the empty streets, entered the ruins of just-demolished buildings, and sought shelter in makeshift air-raid shelters or solid-looking porches of houses when the siren sounded. 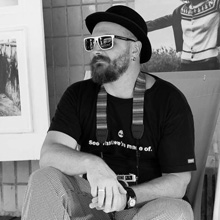 The photographer managed to get hold of a bulletproof vest, which offered some protection from the shrapnel. He has no intention of leaving his hometown and wants to continue the tragic photo chronicle of its barbaric destruction. The photos show the photographer's helpless gaze at collapsing walls, at empty window openings reminiscent of the eye sockets of human skulls, at the ruins of destroyed architectural splendor - and they tell us the story.

The exhibition will be shown in the public space - as an installation in the windows of the Gebäude für Bergbau- und Hüttenwesen. The exhibition is free of charge.