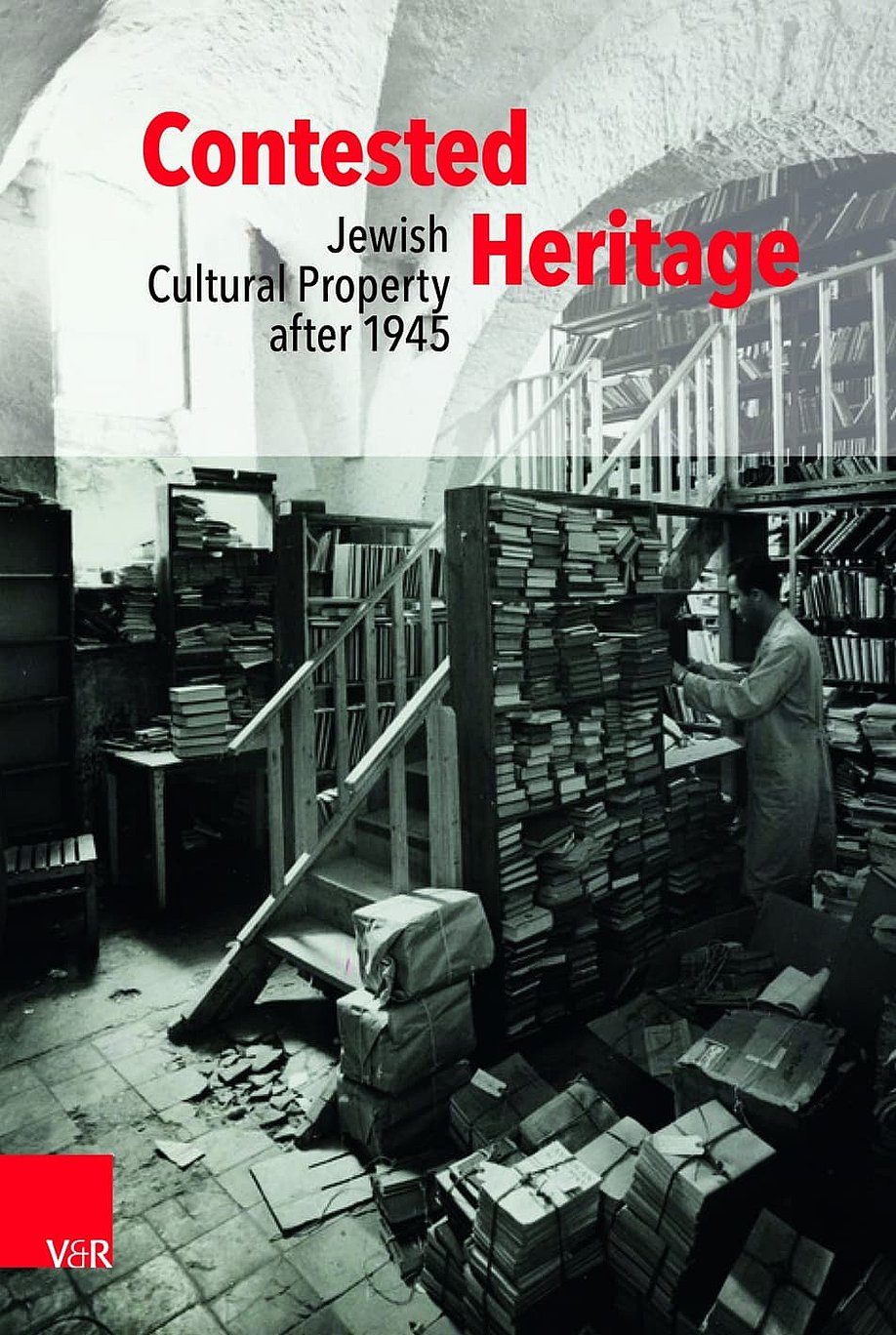 In the wake of the Nazi regime’s policies, European Jewish cultural property was dispersed, dislocated, and destroyed. Books, manuscripts, and artworks were either taken by their fleeing owners and were transferred to different places worldwide, or they fell prey to systematic looting and destruction under German occupation. Until today, a significant amount of items can be found in private and public collections in Germany as well as abroad with an unclear or disputed provenance. Contested Heritage. Jewish Cultural Property after 1945 illuminates the political and cultural implications of Jewish cultural property looted and displaced during the Holocaust. The volume includes seventeen essays, accompanied by newly discovered archival material and illustrations, which address a wide range of topics: from the shifting meaning and character of the objects themselves, the so-called object biographies, their restitution processes after 1945, conflicting ideas about their appropriate location, political interests in their preservation, actors and networks involved in salvage operations, to questions of intellectual and cultural transfer processes revolving around the moving objects and their literary resonances. Thus, it offers a fascinating insight into lesser-known dimensions of the aftermath of the Holocaust and the history of Jews in postwar Europe.

YECHIEL WEIZMAN
Eliminating the Traces: The Postwar Fate of the Synagogue in Olkusz, Poland

2. Salvage and Loss: Dealing with the Fragments

BILHA SHILO
When YIVO was Defined by Territory: Two Perspectives on the Restitution of YIVO’s Collections

ANNA HOLZER-KAWALKO
The Dual Dynamics of Postwar Cultural Restoration: On the Salvage and Destruction of the Breslau Rabbinical Library

AMIT LEVY
A Discipline in a Suitcase: The Scientific Nachlass of Josef Horovitz

ADI LIVNY
A History of Adversity: The Historical Archive of the Hebrew University of Jerusalem

YFAAT WEISS
The Tricks of Memory: Salo W. Baron, Cecil Roth, and the Salvaging of Jewish Property in Europe

YEHUDA DVORKIN
Saga of a Chandelier:  A Jewish-English Debate of Cultural Restitution

ADA WARDI
Reflections on Books as Vehicles of Cultural Transaction: The Design Work of Moshe Spitzer

STEFANIE MAHRER
The Uncanny of the Schocken Villa: Interior Design and Objects of Exile

JOACHIM SCHLÖR
Reflections on the Loss: Objects in the Correspondence between Former Berliners and Their Hometown