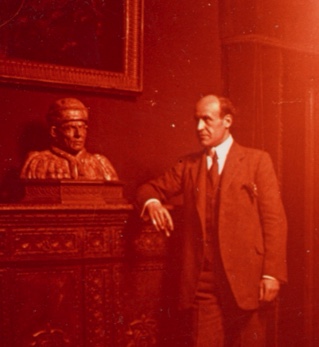 In recent years, the history of the art market has been the subject of considerable research and scholarship encouraged by the increasing availability of significant research resources, both online and in situ at major research institutions and museums. My concern in investigating the cultural impact of the resale art trade, and specifically the role of the trade’s dealers in the formation of public and private collections, lies primarily in my interest in the art market as a phenomenon described by Lionello Venturi as “momento sospensivo nella storia esterna dell’opera d’arte”. Venturi understood the art market as a transitional moment in the external history of an artwork, drawing attention to how dealers used this transition at any given moment in history.

This lecture will look at the role and legacy of one of the most successful art dealers operating in the international secondary art market for Old Master paintings during the first half of the twentieth century: the Italian antiquario Alessandro Contini Bonacossi (1878-1955).

Grounded in the discovery of primary archival evidence and set against the major historical events that unfolded during his lifetime, this work presents its findings by following a research process adopted to answer the following questions: who was Contini Bonacossi, what was his business network (where was he buying paintings, at what prices, and who were his clients), what was his modus operandi for selling and marketing his work, and what is his legacy. More broadly, in documenting Contini Bonacossi’s case, my research work in the field strives to rethink the role of art dealers, to look at them not solely as market professionals engaged in the dynamics of supply, demand and profit, but first and foremost as bearers and sellers of culture, whose activities were fully embedded in the socio-political environment of their time and so to acknowledge and extend knowledge about their active role in the international dissemination and interpretation of cultural heritage.

Fulvia Zaninelli is currently Research Associate at The Center for Advanced Studies in the Visual Art at the National Gallery of Art in Washington DC, USA. Her research interests have focused on the history of collecting and the art market, provenance research, and the kinship between the history of art scholarship and the art trade. She has held positions at the National Gallery of Art as well as at the Smithsonian Institution in Washington DC. She has been the recipient of several fellowships in support of her research, such as at the Fondazione di Studi Avanzati di Storia dell’Arte Roberto Longhi in Florence, Italy, and at the Center for the History of Collecting at the Frick Collection in New York. She authored several essays and contributes regularly to museums and exhibitions catalogues. She holds a PhD in Art History from the University of Edinburgh, Scotland.

Members will receive a flyer with the link to the talk at least two days before the event. Non-members should register by emailing: events@societyhistorycollecting.org.

Please note: Lootedart.com has a page dedicated to Alessandro Contini Bonacossi who sold some 50 works of art to Hermann Göring and after the war appeared before the Commissione d'Epurazione (Commission for the Eradication of Fascists) which was investigating Contini Bonacossi for his dealings with Nazi Germany, in particular with Göring and Hitler's agent Hans Posse, at https://www.lootedart.com/MFEU4H36531