'The Art of Suppression: Confronting the Nazi Past in Histories of the Visual and Performing Arts'

The Art of Suppression: Confronting the Nazi Past in Histories of the Visual and Performing Arts 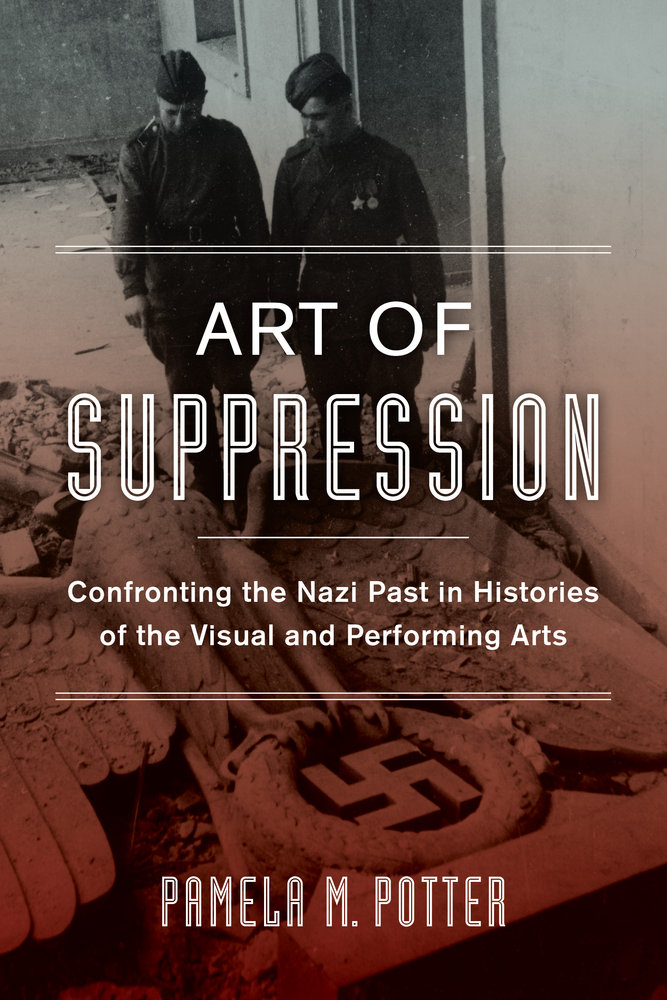 "This provocative study asks why we have held on to vivid images of the Nazis’ total control of the visual and performing arts, even though research has shown that many artists and their works thrived under Hitler. To answer this question, Pamela M. Potter investigates how historians since 1945 have written about music, art, architecture, theater, film, and dance in Nazi Germany and how their accounts have been colored by politics of the Cold War, the fall of communism, and the wish to preserve the idea that true art and politics cannot mix. Potter maintains that although the persecution of Jewish artists and other “enemies of the state” was a high priority for the Third Reich, removing them from German cultural life did not eradicate their artistic legacies. Art of Suppression examines the cultural histories of Nazi Germany to help us understand how the circumstances of exile, the Allied occupation, the Cold War, and the complex meanings of modernism have sustained a distorted and problematic characterization of cultural life during the Third Reich."

Please see below a review by Oded Heilbronner, published in Haaretz on 3 December 2016

Was cultural life in Nazi Germany as unidimensional and controlled as we have been led to believe? A new survey suggests that the situation was far more complex.

“The Art of Suppression: Confronting the Nazi Past in Histories of the Visual and Performing Arts,” by Pamela M. Potter, University of California Press, 408 pp., $65 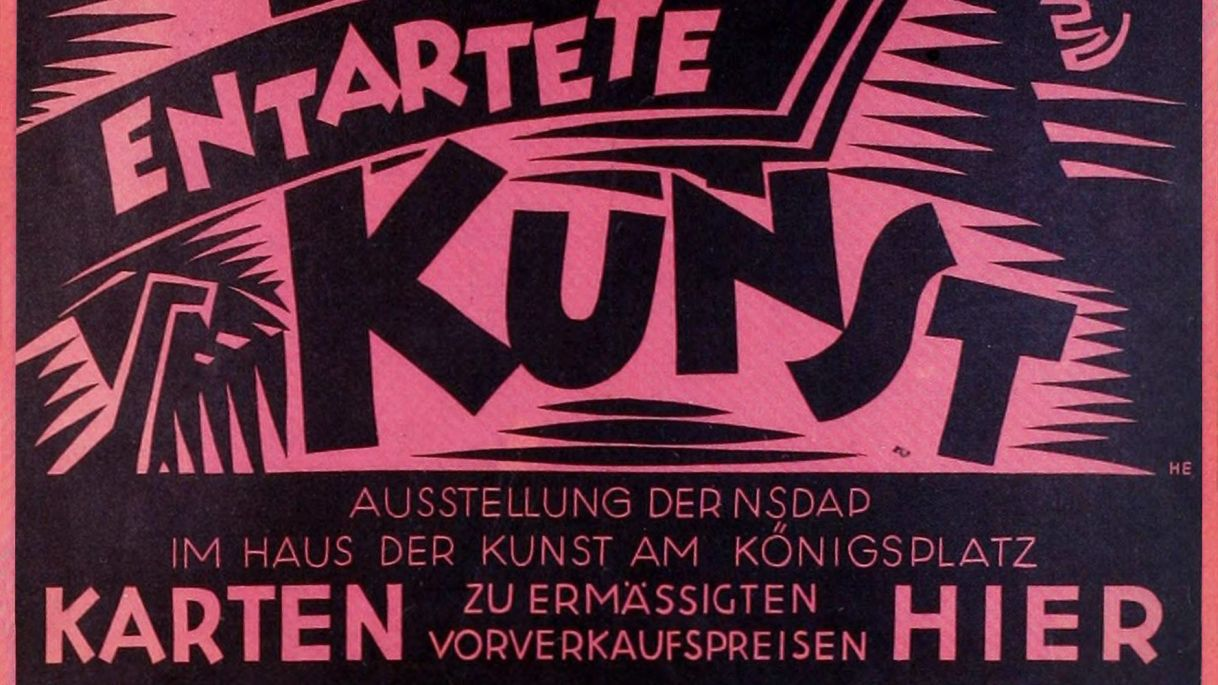 Not much remains of the conventional description of the Third Reich as being a centralized state, characterized as “One people, one Reich, one Fuehrer.” Over the past few decades, this characterization has been shattered by many studies that have demonstrated the heterogeneity that typified the Nazi state. The weak Fuehrer, the angry young people who refused to toe the line, the inconsistent policy toward homosexuals and lesbians, the fascist capitalism, the war on smoking and the “environmentalist vision” of the Nazis, are only a few of the subjects being examined by historians specializing in this era.

The image of the “ranks tightly closed” (Die Reihen fest geschlossen), in the words of the “Horst-Wessel-Lied,” one of the anthems of the Nazi movement, has lost its historic monopoly, giving way to the imagery of “loose ranks.”

Until recently, a monolithic approach dominated the field of Nazi visual as well as theater culture, according to which the policy of Nazism toward artists and works of art was clear and absolute, stamped with the imprimatur of the movement’s ideology. It is no wonder that imagery from the Nazi period – first and foremost “Triumph of the Will,” Leni Riefenstahl’s film from 1935, film the “Entartete kunst” (Degenerate Art) show in Munich in 1937, and “The Great German Art Exhibition,” also in Munich – entirely shaped the way in which many people still view the Third Reich.

Aryan figures; stylized, deliberate violence; columns of young, confident soldiers – these stood in contrast with the depiction of the physical and psychological atrophy personified by the Jew, the gypsy, the Negro, the beggar, the mentally ill individual, the poor and the alien. Persecution of Bauhaus artists and denunciation of modernism in its diverse forms and of the brain drain were the hackneyed political views the leadership of the regime sought to advance.

The exhibition “Twilight over Berlin,” mounted in 2015 at the Israel Museum (whose original title was “Degenerate Art from the Nazi Period”), demonstrates successfully the manner in which the Nazis suppressed anything that was considered to be different or alien.

In recent years, however, several studies that take odds with this approach have been published regarding the realms of art, music, sculpture, architecture and literature. They shed light on the individuals and the creative work that did not meet the racial, ideological and political criteria that Adolf Hitler, Joseph Goebbels and Alfred Rosenberg endorsed in their writings and speeches.

It emerges that such artists and professionals continued to play jazz, design Modernist buildings, and paint landscapes and figures that looked more like the persecuted alien and “the Other” than the Nazi Aryan farmer. Scholars such as Catherine Epstein, Alan Steinweis, Sabine Hake, Peter Jelavich and Jonathan Petropoulos have found that the Nazification of German art was actually a long-drawn-out process filled with twists and turns, potholes and contradictions.

In his address at the September 1934 Nazi Party rally in Nuremberg, Hitler condemned Cubism, Dadism and Futurism, but in the same breath railed against nostalgic members of the party who aspired to foist on the Nazi revolution “a Teutonic art that stems from an invented, romantic world.”

It would be misleading to say that cultural life in Nazi Germany was simply business as usual. Thousands of Germans were persecuted due to their ethnic origins and political beliefs, but nonetheless, the process of Nazification of the nation’s culture was never completed. Moreover, some experts say that it was never implemented with any seriousness. Not only was the chatter about “a singular Nazi art” no more than an empty threat; it was an assertion lacking in content.

“The Art of Suppression,” the new book by Pamela Potter, a University of Wisconsin scholar in the field of the art and music of the Third Reich, takes a novel approach to the subject. Potter has undertaken several important studies about the world of music and musicians in Nazi Germany, shedding light on musicians, for example, who were able to continue creating “degenerate” works and were even supported in their endeavors by Nazi-controlled cultural institutions.

In her book’s first pages, Potter presents the reader with a broader canvas peopled not only by musicians, but also by entrepreneurs and dealers in the art market, architects, painters, film and theater directors – all of whom created and presented to the public a visual arts and performance culture that was strictly at odds with the official rhetoric of the regime.

Still, this is not the main subject of her research. Potter investigates how the uniform image of Nazi art came into being; how it is that so many observers have been fooled, and continue to be fooled, by Nazi propaganda, believing that the culture of the era was a seamless enterprise, all uniform and all-threatening.
Now we learn that the reality – filled with contradictions – was repressed by the Third Reich. Evidence of the relatively comfortable conditions that existed in Nazi Germany for certain artists and institutions was for the most part stifled.

Already during World War II, Potter contends, and certainly once it was over, intellectuals and politicians were attempting to explain how a nation that had created the loftiest culture in the West was capable of carrying out such atrocious crimes, and how Germany’s cultural life persevered during such a barbaric period. The answer often provided was the simplistic argument that Germany’s “real” culture was indeed suppressed and trampled, and that what was called “culture” by the Nazi criminals was actually a mixture of kitsch, wretchedness and simplistic traditionalism. 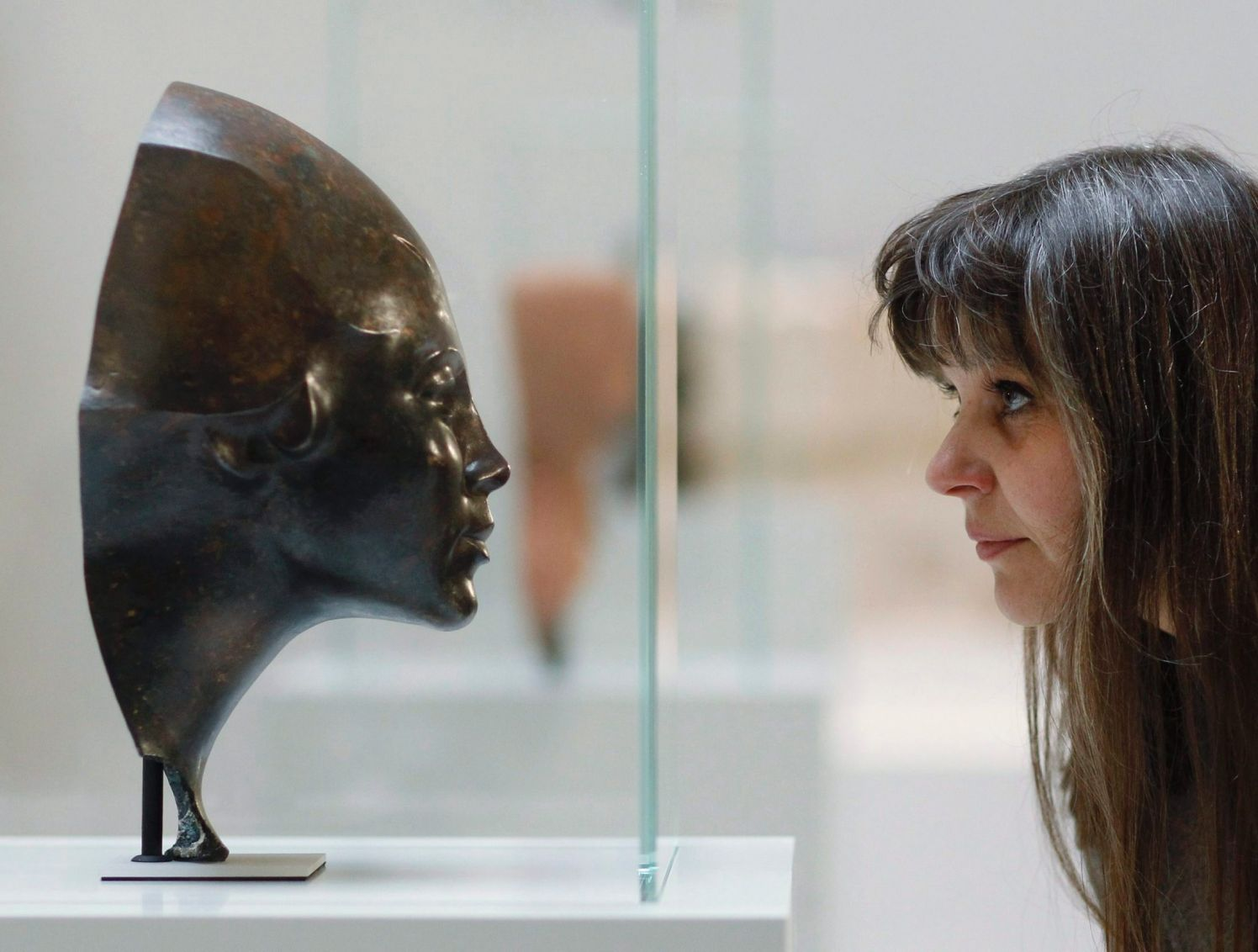 'A Likeness of the Actress Anni Mewes,' a sculpture by Edwin Scharff that was displayed as part of the 1937 travelling exhibition 'Entartete Kunst' (Degenerate Art) in Germany.

Starting in the 1940s, Theodor Adorno, Walter Benjamin and Siegfried Kracauer played a major role in laying the problematic foundation for this understanding of Nazi art. Potter charges that the fact that they were Jews with communist or Marxist leanings, who wished to demonstrate their commitment to democracy and to coercively expunge the memory of their own Marxist past in the Weimar Republic – contributed significantly to the way they portrayed Nazi culture. Romanticization of the “exile” and of the “world of yesteryear” significantly contributed to their ability to avoid critical discussion of the motives for their stridently negative attitudes on cultural life under the Nazis.

A similar trend can be discerned following the occupation of Germany in 1945. The efforts to establish a complete break from Nazi Germany and to forge a new-old culture that would correspond with Weimar culture and classical German heritage – with the tacit encouragement and direction of the Allied occupation forces, especially the Americans – spawned the notion of Nazi culture as a historical accident. The popular trend during those years was to compare Nazism with Stalinism. This made it more difficult to accept the premise that artistic freedoms of any sort continued to exist under the totalitarian Third Reich.

Potter argues that certain trends in research on the Third Reich that were particularly popular from the 1950s to the late 1980s – the theory of totalitarianism and Nazism as a branch of fascism – have have had a negative impact on analytical work on the Nazi regime. Similarly, the “historians’ quarrel” (Historikerstreit) in Germany in the late 1980s put paid to any possibility of bolstering functional theories about the Third Reich, and made it more difficult to place its culture within a broader, more global historical context.

The blossoming of modernism in the West also contributed toward deepening the image of Nazi art as archaic, Volkist and racist. Here, too, political conditions played a central role. The contrast between socialist-communist realism and Western culture, which tended toward presumptuous experimentation, led to an apotheosis of Weimar-based cultural icons, such as Bauhaus and Expressionism – both of which were suppressed under the Nazis. Consequently, the perspective focused on Nazi kitsch and anti-modernist works that bore an irrational, grotesque and Germanic aura.

At the end of the book, Potter considers contemporary scholarly trends related to Nazi culture and art. Reexamination of the East German dictatorship, as compared with the Nazi one, theories of Post-modernism and Post-structuralism – all these gave rise to a theoretical-critical basis for revisiting the subject of art under dictatorial regimes. New approaches in cultural studies emphasize economic factors that at times contributed to certain freedom granted to those who did not toe the ideological line of the regime.

There are some drawbacks to this method. The situation of literary, academic and intellectual culture in Nazi Germany is altogether missing from Potter’s research, and there is no way to know if the trend toward leniency and the relative freedom in the visual and performing-arts cultural life also existed in the realms of literature and academia. Potter also tends to suppress the cruel persecution of Jewish artists and men of letters. Perhaps more of an emphasis on this subject would have raised some important questions about her thesis.

Nevertheless, her book unquestionably provides a ground-breaking historiographic foundation for understanding the mechanisms that stood behind the descriptions and analyses of the Third Reich and the cultural and artistic life of the Nazi state.

Potter raises significant questions related to myths about the unrestricted power of authoritarian and dictatorial regimes in all matters related to culture. And, most important, she hints at anti-democratic, authoritarian trends found in liberal and Western societies today where cultural life is ostensibly immune to intervention and coercion.

Her description of the freedoms of sorts that existed in the Third Reich, as well as her analysis of the mechanisms that, after the war, gave rise to the myth of a homogenous Nazi art in contrast to the myths of unrestricted artistic freedoms found in the Western democracies or those that profess to be so – is more than enough to justify the importance of this book.

Oded Heilbronner is a professor of cultural studies at Shenkar College of Engineering, Design and Art